Government Betrayal to the Constitution, Securing our 2nd Amendment Rights

History by apprising [citizens] of the past will enable them to judge of the future; it will avail them of the experience of other times and other nations; it will qualify them as judges of the actions and designs of men; it will enable them to know ambition under every disguise it may assume; and knowing it, to defeat its views. -Thomas Jefferson


To me, consensus seems to be the process of abandoning all beliefs, principles, values and policies. So it is something in which no one believes and to which no one objects. -Margaret Thatcher


I know no safe depository of the ultimate powers of the society but the people themselves; and if we think them not enlightened enough to exercise their control with a wholesome discretion, the remedy is not to take it from them, but to inform their discretion by education. This is the true corrective of abuses of constitutional power. -Thomas Jefferson 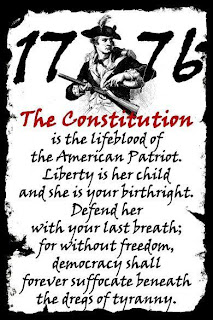 Well it's been a busy week in Washington and around the nation.  As with many things today, we who are closely watching what our Government is doing, have to focus our sights on many tentacles of an octopus.  While we are under the onslaught of government proposals, bills and regulations it is hard to know which tentacle to tackle first.  While most of the low info folks have been diverted to Beyoncé and Jay-zee's trip to Cuba and the parties at the White House, they have been blinded to the assault on American's 2nd Amendment rights.
This assault on the People's God Given Right has been slipping under the radar of so many, as also the continuing erosion of our security through open southern borders and more talk about so called immigration reform, which will only lead to amnesty for millions of illegals.


This week, 16 Republicans joined Democrats to proceed to the floor of the U.S. Senate to consider a gun control bill that includes criminalizing most private sales of firearms between citizens, unless they are subject to background checks and other restrictions.  Fourteen Republicans had pledged to filibuster the move. Two Democrats opposed the gun control measure, and with the 16 Republicans joining the Democrat majority, the filibuster group failed to gather enough support to filibuster.
Thanks to these 16 Rino traitors, that's right, I said it, when the vote was taken, these Republican senators joined with the Democrats to trash the Constitution and spit on those who entrusted them to uphold the oath they swore when they were sworn into office.


Yes, a few of the Republicans who voted to allow the bill to go to the Senate floor for debate said that they only did so they could get the Democrats on the official record as voting in favor of gun control, and that they themselves, the Republicans, would vote no to the bill in its final form. But in essence, they still voted to get a bill to the floor which no one has read yet!  Obamacare anyone?! Do they have to pass this one too before they, and we can know what's in it, and how much of our Right has been infringed upon?


I guess one small thing we can be grateful for is that Rand Paul, Ted Cruz, Mike Lee and Jim Inhofe have said that they reserve the option of employing the filibuster for the final vote on the bill.  However, the filibuster senators would have to pick up some support from the gang of 16. The question now, is who of these will be trusted enough to do the right thing and stand on the Constitution?
People who live in these states need to get on the phone, fax, e mail and tweet their representatives now! Remind them that they are the employees, and they swore to uphold the Constitution.  There is no denying the word “infringe” and what it means. We the people understand perfectly what the founding fathers meant when they wrote the 2nd Amendment into the Bill of Rights.  It is that document which is our gun permit, and it has no expiration date. 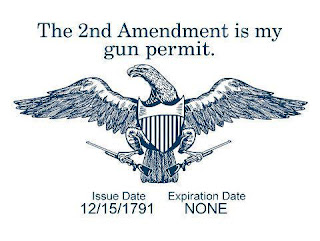